Investigators have identified two genetic mutations that influence the development of idiopathic epilepsy in the Belgian Sheepdog and Belgian Tervuren. 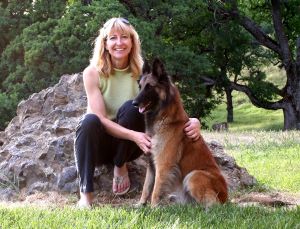 A team of AKC Canine Health Foundation funded investigators at the University of California, Davis, including 2020 Clinician Scientist Fellow Liza Crissiuma Gershony, DVM, PhD, have been studying the genetics of idiopathic epilepsy in the Belgian Sheepdog and Belgian Tervuren. Previous research on these breeds and others identified a genetic mutation on a gene known as ADAM23 that increases the risk of idiopathic epilepsy in dogs. However, since this mutation did not completely explain how genetics influence disease development, additional studies were completed.

Over the past few years, peer-reviewed publications in Canine Genetics and Epidemiology and Genes have described the genetic mutations that influence the risk of a dog of one of these breeds developing idiopathic epilepsy. Analysis shows that in addition to the known ADAM23 gene mutation, another area on canine chromosome 14 is also associated with disease development. One mutation on chromosome 14 occurs much more commonly in the Belgian Sheepdog and Belgian Tervuren compared to other breeds and may be a breed-specific mutation for disease risk. Mutations at both ADAM23 and chromosome 14 increase the risk of disease development even more.

To understand how these mutations influence disease risk, investigators examined the genes surrounding them. The chromosome 14 mutation sits near a gene involved in brain development and function. So, mutation in this area could certainly result in abnormal brain function and seizures.

This research identified two genetic mutations that influence the development of idiopathic epilepsy in the Belgian Sheepdog and Belgian Tervuren. While additional factors such as diet, environment, and more contribute to disease risk, understanding the underlying genetic factors means that genetic testing can help us better define an individual dog’s risk of being affected. Plus, we can explore new treatment options that target the biologic processes affected by these mutations. To learn more about the AKC Canine Health Foundation’s commitment to canine epilepsy research, visit akcchf.org/epilepsy.