Become Snake-Smart to Protect Your Dog

Shy and rarely aggressive, snakes bite only when injured or sensing a threat - such as defending themselves against curious dogs. While all dogs are at risk for snake bites, field dogs are especially vulnerable as they probe holes in the ground, sniff under logs, explore riverbanks and dig up leafy patches on the forestfloor.

In the United States, there are four venomous snake species: Cottonmouth (also known as Water Moccasin), Rattlesnake, Copperhead and coral snakes. Bites from these snakes can cause intense pain, disfigurement and even death. 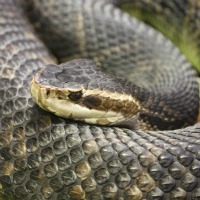 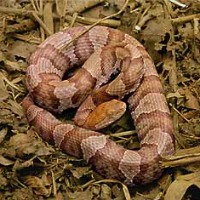 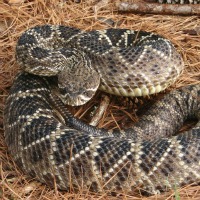 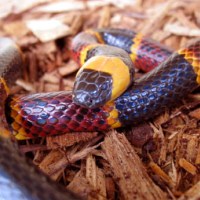 The degree of damage inflicted by a venomous snake is determined by many variables, including:

While nonvenomous snake bites leave teeth marks in the shape of a horseshoe, venemous snakes create fang marks on victims.

If your dog is struck by a snake

Among the snake-bite treatments your veterinarian may administer are: an antihistamine to increase blood pressure and reduce reaction to the snake bite, pain medication, blood transfusion if blood coagulation has decreased to life threatening levels, and antibiotics to reduce secondary infections from occurring. He may also provide oxygen therapy, address shock, or order blood tests to assess your dog’s organ function and possible organ damage.

Most dogs will stay in a pet hospital for at least a day for observation. If the bite reaction was severe, your dog may need to stay a few days until stabilized.