Understanding the Mortality Rate of GDV (Bloat) in U.S. Dogs

Canine gastric dilatation-volvulus, also known as GDV or bloat, is a life-threatening condition where the stomach distends with air and twists on its axis. This has severe consequences throughout the body including cardiovascular shock and abnormal function of the respiratory, gastrointestinal, kidney, and clotting systems. The disease is complex and influenced by genetic and environmental factors, but some known risk factors include large body size with deep-chested structure, eating one large meal per day, increased age, and relation to other dogs that have had the condition.

Treatment of GDV requires addressing cardiovascular shock and other systemic abnormalities plus surgery to de-rotate and assess damage to the stomach. During surgery, the stomach is fixed to the abdominal wall (a procedure known as gastropexy) to prevent future rotation. Post-operative complications include arrhythmias and challenges in the return to normal gastrointestinal function. It has been estimated that 10-23% of dogs with GDV do not survive when treatment is attempted. The AKC Canine Health Foundation (CHF) and its donors are investing in research to better understand this complex disease and learn how dog owners and veterinarians can have the most impact in its prevention and treatment.

With funding from CHF Grant 01937-B: Evaluating the Complex Genetic Basis of Bloat, researchers described the overall in-hospital mortality rate for GDV over a ten-year period at the Foster Hospital for Small Animals at the Tufts Cummings School of Veterinary Medicine – that is, how many dogs admitted to the hospital with bloat survived to go home. Results of this study were recently published in the Journal of Veterinary Emergency and Critical Care1 and showed that 36% of dogs did not survive to be discharged from the hospital. The majority of these dogs were euthanized prior to any attempted treatment. The top reasons given for not attempting treatment were cost, concurrent disease, age, and the poor prognosis associated with bloat. 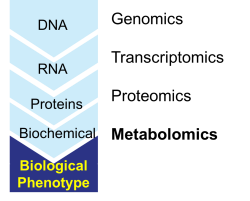 Examining the mortality rate of GDV while including cases where treatment is not attempted provides a more realistic view of this disease and suggests that a focus on preventing bloat could save more dog lives. The Tufts research team is taking a holistic approach to understanding the cause(s) of GDV, examining the DNA, RNA, proteins, and biochemical molecules involved in the disease process (see Figure 1). Once we understand the underlying genetic mutations and epigenetic factors (which genes are turned on or off), plus the unique proteins, hormones, and other molecules involved in GDV, we can create better strategies to prevent the disease. Data and sample analysis from this research at Tufts are ongoing. CHF and its donors remain committed to improving our understanding of bloat so that fewer dogs and owners are faced with this urgent and challenging disease.