DONATE
Main Menu
DONATE
Home > About Us > Who We Are > Clinician Scientist Fellows >  Vincent Baldanza, VMD 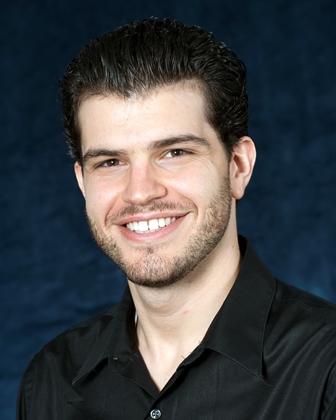 Vincent Baldanza, VMD, is a veterinary oncology resident at Cornell University’s College of Veterinary Medicine. Dr. Baldanza will be working under the mentorship of Dr. Angela McCleary-Wheeler on ‘The Role of Canonical Hedgehog Signaling in Canine Osteosarcoma.'

Canine osteosarcoma (cOSA), the most common primary bone cancer in dogs, is a highly aggressive tumor with an estimated spread (or metastasis) rate of approximately 90%. Even with surgery and chemotherapy, the median survival time remains only 10-12 months. The pathogenesis, disease course, and treatment response of cOSA closely parallels that of human pediatric OSA (hOSA), and it has thus been proposed as a spontaneous animal model of the disease. In hOSA, the Hedgehog (HH) developmental and cellular signaling pathway has been documented to contribute to the pathogenesis of the disease, impacting genes responsible for tumor formation and metastasis. While a critical pathway during development and maintenance of normal bone, increased activity of HH signaling can lead to tumor formation. Building off of the data in hOSA, Dr. Baldanza’s study will address the hypothesis that HH signaling is also active in cOSA, and targeted inhibition of the pathway will negatively impact and slow OSA cell growth and survival. They will study canine genes of interest to this pathway in both cOSA tumor specimens and cOSA cell lines in culture.

The results provided by these studies will further explore the role of HH signaling in cOSA and act as a foundation for future experiments and clinical trials exploring more efficacious, targeted therapeutics for the treatment of this devastating disease in dogs.  This work may also provide more evidence for this comparative model of cancer to benefit both human and canine cancer research.